The heart of an electric clutch is its field assembly, with an electric coil to produce magnetism and iron magnet housing to direct that magnetism through the rotor to most effectively attract the armature. The illustration on the right shows how the rotor and armature surfaces of Warner Electric clutches are slotted and grooved. Magnetism, also called magnetic “flux”, concentrates at the poles of the field housing and jumps to the outer rims of the rotor. The flux passes through areas where contact is most intimate between the armature and rotor faces. Concentrating the magnetic attraction at these poles rather than over the entire face creates a strong attraction between the armature and rotor. The result is a great deal of torque in a small clutch. 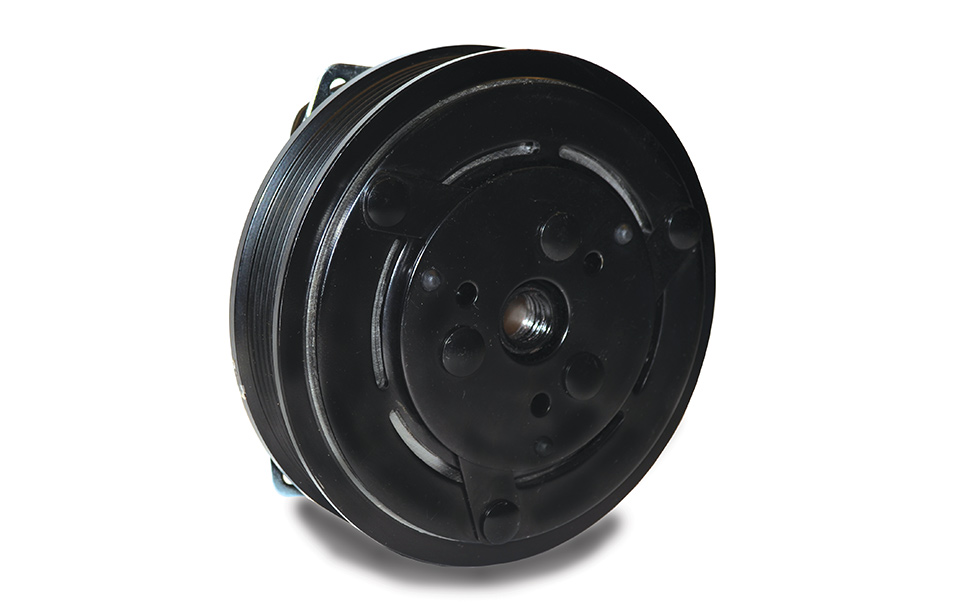