Premium belts have the highest power density of any V-belt, and stretch dramatically less than standard cross sections. That’s why they’re ideal for use on problem drives requiring high-impact strength and load-carrying power.

Replaces several belts with the strength of a single belt. Banded belts feature a multiple layer tie band that provides excellent lateral rigidity to prevent belts from turning over or from coming off of the drive.

For applications when banded belts are not an option. Single belts can be used with deep groove sheaves and drives with limited room for “take up”. They can also be an “A” section solution for multi-groove A/B sheaves. 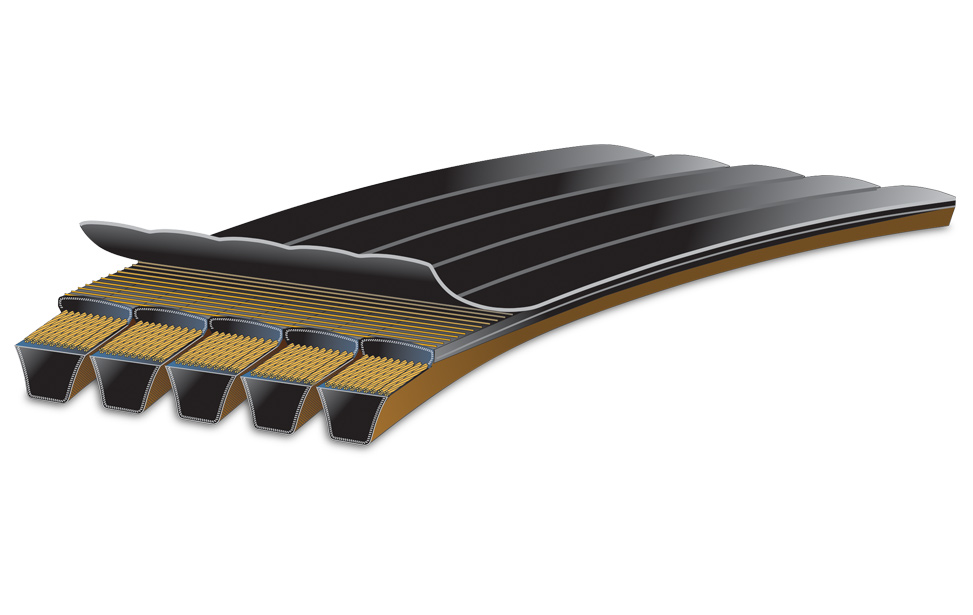