Blade Brake Clutches (BBCs) are engaged by actuating the operator presence lever and pushing the blade engagement handle. This action rotates the ball ramp mechanism, causing three small internal springs inside of the clutch/brake to lift the brake plate clear of the friction disk, assuring drag free, quiet operation. As the brake plate is released from the friction disk, a heavy coil spring at the base of the unit pushes the friction disk against the rotating input hub which is bolted to the engine’s crankshaft. The clutch is then engaged and the blade rotates. Releasing the operator presence lever causes the loaded brake spring to rotate the ball ramp mechanism in the opposite direction, which forces the brake plate against the outer portion of the friction disk, releasing the clutch and braking the blade to a stop. 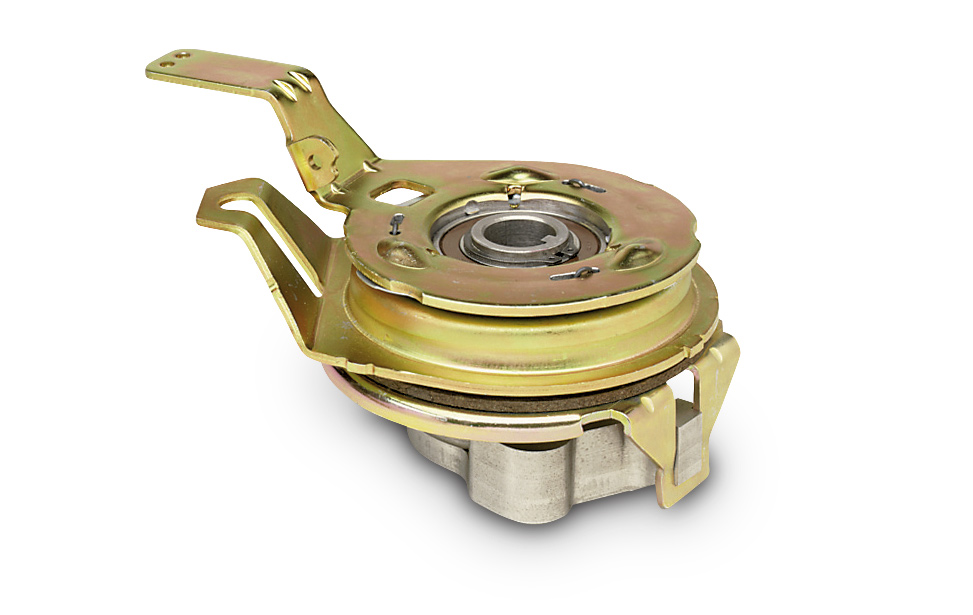