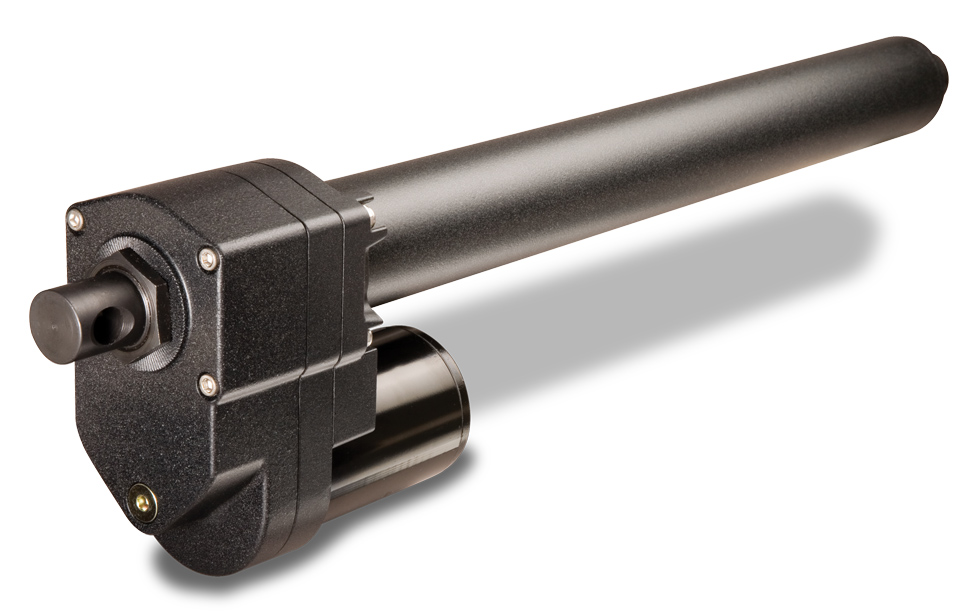 To meet the demanding requirements of the construction industry, Warner Linear engineered a new, bi-directional mechanical clutch that allows the K2x type actuator to raise the dump box on construction-rated ATVs up to a 2,800 lb. actuator push load, while also limiting the retracted actuator compression load to only 60% of the push load. This allows the high-load actuator to raise a fully-loaded dump box and lower the empty box into its stow away position without damage to the framework of the empty dump box or mounting brackets on the vehicle.

In addition, Warner Linear recently designed a similar bi-directional, electronic-current limit control called a Quick Stop as an optional safety device on its K2x actuators for ATV dump box applications. The Quick Stop sets a limit on the amp draw of the actuator in either extend or retract direction, to shut off the linear motion when the amp draw reaches a pre-set limit. The Quick Stop control immediately stops the motion of the dump box based on a spike in the amperage draw, for example, if a worker were to become lodged between the dump box and the chassis.

Warner Linear also introduced a newly-designed gear set for its standard gear box on the K2x for an application involving assisted-access lifts that allow disabled persons to easily enter swimming pools and spas, or for those engaged in aquatic physical therapy who need assistance with ingress and egress from the pool or spa.

The new gear set allows higher load capabilities and improved movement control and was specially designed for battery-powered pool lifts manufactured by Spectrum Products of Missoula, MT. Spectrum’s lifts utilize the redesigned K2x actuator with a 30:1 gear ratio. The specially-designed K2x is able to raise and lower a seated individual in the lift of up to 500 lbs. in weight.

The new gear set allows the device to operate with slower speeds that offer better control for users, according to the company.

The K2x actuator features thick-walled tubing and hydraulic-type o-ring seals that protect internal components from corrosion in the chlorinated environment. It also features hardened gears and ball bearings often needed in applications requiring rugged duty actuators. In this application, the K2x unit replaces a previous actuator from another supplier that had originally been designed for lighter duty, indoor applications such as hospital beds or adjustable workstations.

Warner Linear also designed a new wireless remote control unit including transmitters, receivers, and 24- volt portable battery pack that plugs into the receiver, and a battery charger for the battery pack. The package was developed specifically for Spectrum Products pool lifts and is now standard on all of Spectrum’s battery powered, assisted-access lifts, according to the company.

Warner Linear, formerly known as Bear Linear, is a proud member of the Altra Industrial Motion family of companies.