The benefits of aquatic physical therapy and rehabilitation for those who have difficulty with weight bearing activities due to arthritis, injury or those who are overweight have long been known.

There is also a significant population of wheelchair-bound and disabled persons who use pools and spas for recreation or therapeutic purposes. A dilemma for these individuals is how to get in and out of the pool or spa safely.

Spectrum Products of Missoula, Montana, has recently elevated the state-of-the-art in battery-powered lifts by fitting its top-of-the-line Traveler II XRC500 unit with a 500-pound capacity linear actuator that was specially designed for the application by Warner Linear of Belvidere, Illinois. 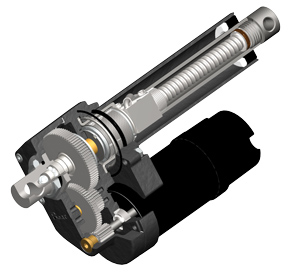 The Swim-Lift Traveler II XRC500 was redesigned with a 500-kb. capacity for aquatic physical therapy and rehabilitation.

The electric linear actuator provides the lifting action of the chair that is raised or lowered into or out of the water.

After two years of joint design and development, Warner Linear and Spectrum Products introduced the new, robust control system in mid-2008, making it the strongest remote-controlled, battery-powered lift on the market. The proprietary system is now standard on all of Spectrum’s battery-powered assisted access lifts.

For the Spectrum lifts, Warner modified its rugged-duty K2x actuator by redesigning its gear ratio to 30:1 which is able to achieve greater lift load capacity combined with slower speeds that give the user better control over the motion of the occupied chair.

Warner also designed a new wireless remote control unit including transmitters, receiver, 24-volt battery pack that plugs into the receiver, plus a battery charger. The powerful, compact battery pack provides more than 95 lifts between charges, rather than the 40 lift capacity of the units previously utilized. 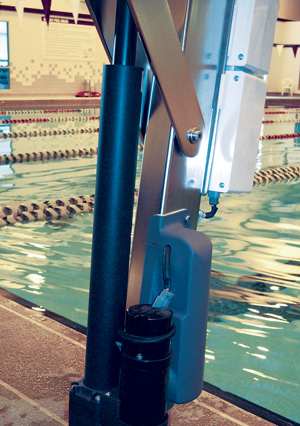 For Spectrum Products' aquatic access lifts, Warner Linear redesigned its K2x linear actuator with a 30:1 gear ratio, which provides better user control over the motion of the occupied chair

“The actuators we used previously were made with a thin, lightweight aluminum sleeve and the slightest dent would render them useless,” said Spectrum President Gerald McConnell. “They were our single biggest customer service issue. The new (Warner Linear) actuators are much more robust. We’ve devoted a whole page on our website to the actuators, which is the first time we’ve done that for anything but our products themselves.”

Several upgrades in the actuators now used on the Spectrum pool lifts include:

The unit offers 2.5 times the corrosion resistance of previous units…a critical benefit in corrosive poolside environments, according to the company. 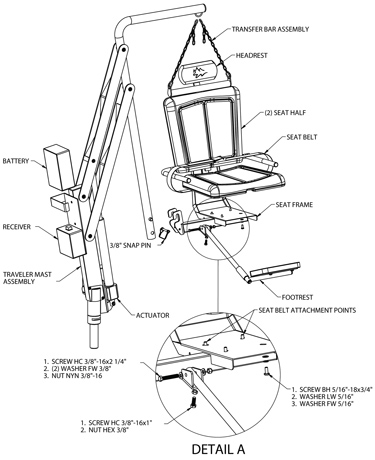 The reliability of the Warner Linear actuator, in addition to enhanced performance, was key to the decision to switch actuator suppliers, according to Ben Tiffin, Spectrum Manager of Engineering.

“With previous units we were experiencing an unacceptable failure rate with no resolution in sight from the vendor,” Tiffin said. “So far with the Warner units, we haven’t had a single failure. That’s significant to us because we pride ourselves on quality and customer service. I’ve tested a lot of competitive units on the market and the Warner Linear actuator is by far the best.”

The Traveler II swim lifts are ADA/ABA compliant for use in hospitals and rehab facilities, universities with sports medicine programs, commercial therapeutic spas and pools, municipal pools, hotels, health clubs, or even for home residential use, according to Spectrum. Several states have passed regulations requiring assisted access lifts for pools and spas in commercial establishments.