Tito Beveridge is passionate about vodka. The owner of Tito’s Handmade Vodka, based in Austin, Texas, Beveridge started making flavored vodka for friends as Christmas presents. Soon, Beveridge visited area liquor stores, asking them to sell his flavored vodka. Store owners suggested he find a way to make a smooth unflavored vodka, that could be consumed straight. So he started researching, experimenting and working tirelessly until he found the right formula for a smooth, delicious vodka, eventually building a one-man distillery and production still. 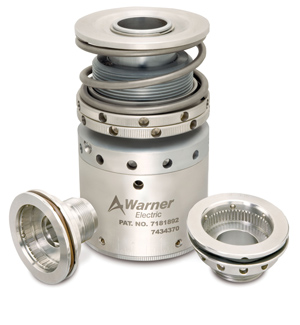 One day, Beveridge was contacted by a world-renowned master mixologist who tried and loved Tito’s vodka. He sent along a couple of bottles of Tito’s Handmade Vodka to the World Spirits Competition in San Francisco, which ended up earning the double gold medal and the unanimous judges choice, beating out 72 vodkas from around the world, including flavored vodkas. And things have only gotten better. Tito’s Handmade Vodka has grown substantially, from producing 1,000 cases in 1997 to more than 200,000 cases per year.

Given Tito’s commitment to excellence, it comes as no surprise that operating at the highest level possible is paramount to the company’s success, including their capping process, which had recently encountered problems. "The copper finish coating of their closures was being removed in the capping process," says Tim Taylor, Tito’s Bottling and Packaging Manager. Tito’s uses 28 and 33.5 mm plastic closures, which are 'coated' for appearance. The coating is somewhat delicate in nature," Taylor adds. "The chucks must contact the closure in a way that holds the cap firmly without damaging it." To make matters worse, the existing headsets required parts that were expensive and difficult to find.

That's where Warner Electric came in. Recently, Warner had called on Tito's, when they made a discovery. "We made a joint visit with our distributor regarding a different application when we saw the bottling area where they were using a pneumatic system," says Mike Scott, Warner’s Product Manager/Engineer. "We then discussed the capping application and showed them information on the Warner Electric capping headset."

"We met with Tim Taylor and Mike Gentry, Tito’s Bottling Line Operator," adds Ed Astacio, Warner Electric Sales Representative. "They provided us with a sample of their existing capper so we could evaluate it and see if we could make a Warner Electric option for them to consider."

Taylor knew Warner Electric well. He had worked with the company in the past on various products, including headsets, the electromechanical device that applies the caps during the last step of the bottling process. "Warner Electric is one of the most respected capping technology companies in today’s market," Taylor says. "The other players in this market have not come to the market with a product that can compete with the quality and pricing."

Warner Electric magnetic capping headsets feature smooth torque magnetic technology. These headsets demonstrate improved performance over the traditional synchronous OEM headsets by eliminating pulsing, vibration, and pounding. One of the biggest benefits of Warner’s smoothtorque headsets is that they eliminate cap overtightening, which is a main concern in the capping industry.

After analyzing the original headset that Tito’s was using, Warner Electric engineers determined the problem, in a relatively short amount of time. "The original cappers did not provide consistent application torque and therefore the removal torque of the cap from the bottle varied significantly," says Mike Scott. "The amount of variation made it necessary for Tito's to have an extra person checking each bottle for cap tightness."

To solve this problem, it was determined that Tito's needed specially-designed chucks to hold the closures without slipping and improve torque control. "Tito's provided a sample headset for us to measure," says Scott. "We provided a sample magnetic headset and fixed jaw chuck that Tito’s could install without any machine modifications required."

The Warner Electric headset design provides reliable performance. It keeps lubrication within the unit, extending the life of the top load components. It’s easy to maintain; lubrication of the upper assembly is every 500 hours. A series of seals protect the bearings and other internal components from contaminants. "The Warner headsets are easy to adjust and deliver repeatable results," Taylor says. "If we do experience a change in materials, that requires torque adjustment, it is fast and the results are predictable. The other headsets did not offer the adjustment capability or predictability."

As soon as their maintenance staff installed the new headset and chuck, Tito's noticed much-improved efficiency along the bottling line. "Testing exceeded their expectations," says Scott. "They couldn’t get our new headsets on soon enough."

Warner's headsets provided better torque control, eliminated damage to the closures during application, and bottles were no longer getting through the machine without a cap being installed. "The cap was a little different than what we normally deal with," Scott adds. "Although the material and knurl pattern were normal, the cap was coated with a decorative material. We designed the chucks to make sure that we didn’t damage this decorative coating."

Tito's purchased 36 smooth torque capping headsets for three different bottling lines. They required two different chuck designs. According to Taylor, Warner Electric was able to manufacture and deliver the new headsets in a timely fashion, in less than half of any competitor. "From start to finish the timeline was reasonable considering we required a unit for testing."

"One of the reasons we were successful at Tito’s was our quick response," says Astacio. "It took approximately two months from the time we started conversations with them to the time we made a prototype sample and to the time they agreed to place an order. We were able to ship the complete order within a couple of weeks from when the order was received."

Tito’s is extremely satisfied with the results. "We are not experiencing any jamming problems or the need for maintenance during shifts," says Taylor. "The older headsets would not run for more than a few minutes before having issues, needing adjustments or cleaning."

For more information regarding Warner Electric headsets visit www.cappingclutch.com. Warner Electric (www.warnerelectric.com) is a global leader in the Power Transmission Industry for electromagnetic clutches and brakes.