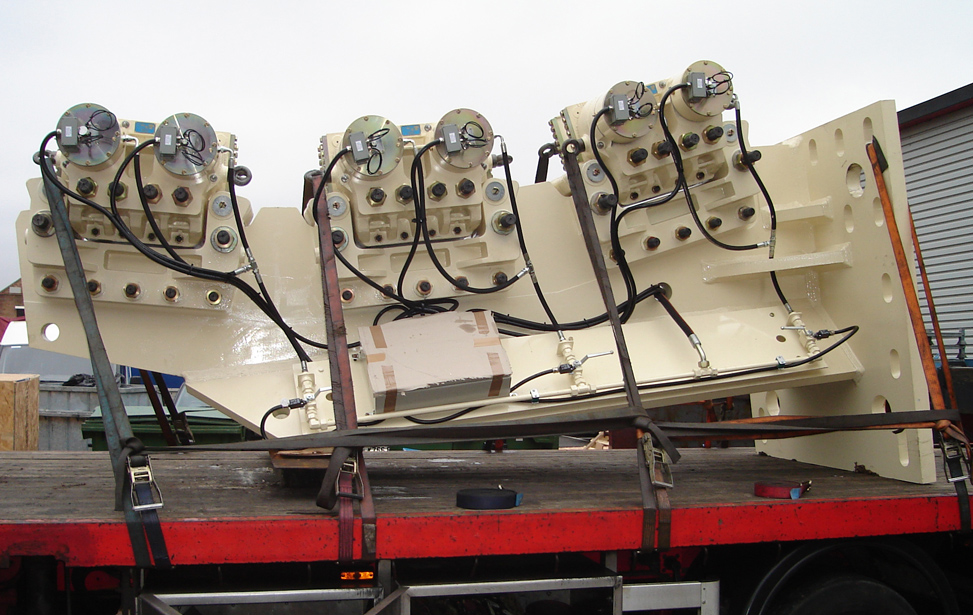 When Mount Milligan Mine in British Columbia, Canada, commences production in 2013, it is anticipated that it will produce 81 million pounds of copper and 194,000 ounces of gold annually – vital at a time when demand for copper in particular is at an all time high and likely to outstrip supply for years to come. Key to the production of these important resources will be a new 22MW SAG mill, with vital braking operations performed by Twiflex 30MNm modular brakes.

Prices of copper climbed to a record $9,781 a ton at the beginning of the year, having gained 30% in 2010 as the world recovered from recession, and experts predict prices to top $11,000 a ton in 2012. Analysts predict that demand this year will likely outstrip supply by between 435,000 and 635,000 tons. Recent gains in gold supply have also failed to keep up with market demand, driving prices ever higher. Against this background, Mount Milligan Mine owner Thompson Creek Metals Company is making a significant investment in opening the mine.

Mount Milligan Mine is located within the Omenica Mining Division in North Central British Columbia. An open pit mine, it will provide mill feed at a nominal rate of 60,000 tons per day (21.9 million tons per year) from which copper and gold will be extracted using a combination of crushers, ball mills and SAG mills.

Metso Minerals was commissioned to supply the primary crusher, two ball mills and a SAG mill, and other associated plant equipment. With equipment on such a large scale, effective braking is a vital consideration. So for the 22MW SAG mill, Metso turned to Twiflex. Twiflex has been supplying brake systems for gearless SAG and ball mill drives since 2004, and has built an impressive reputation for quality and reliability.

The scope of supply for the six-brake 22MW SAG mill project includes two stations with Twiflex spring-applied VMS-DP brakes, plus an electro-hydraulic power pack. VMS-DP units are spring applied, hydraulically released safety brakes designed to operate in the most arduous conditions, where reliable operation all year round is expected. The brakes offer a compact, modular, mine-ready design that, unlike calliper brakes, do not need guarding. Moreover, they are about one- third smaller than calliper units, providing a more compact assembly, and one that reduces cost, both in terms of the size of hydraulic power pack and the volume of oil required to release the brakes.

The SAG mill measures 12.2m in diameter and is 7.31m long. In static operation, the VMS-DP brakes will be used to hold the mill during liner replacement and general mill maintenance. For dynamic operation the system can operate in two modes: stopping the mill from full speed in an emergency, or giving inching/creeping operations in the event of bearing lubrication problems or power failure. For the first a controlled application of the brakes is required and for the second the brakes are operated quickly to give accurate stops needed by the mill operator.

The Twiflex VMS-DP brake is a floating brake (±10mm) which has an adjustable clamping force from 735 to 920kN. The brake can be used on installations with a disc (or extended mill flange) diameter of at least 4.5m and thickness of 117mm to 130mm, but the braking path needs to be 300mm minimum on the radius. The maximum disc diameter is 20m. The hydraulic power pack offers an advanced and versatile brake control as it allows both local and remote operation for inching and creeping duties through a control panel.

The braking system at Mount Milligan will generate up to 30MNm braking torque acting on a 13.48m mill flange diameter. The VMS-DP calipers weigh 1.85 tonnes each and are able to deliver 940kN clamping force. With a full process charge of 1043 tonnes, the braking system is able to stop a mill in less than two seconds.

To achieve this, the friction material has been chosen specifically for grinding mill installations and provides high performance with excellent wear properties. The material is a blend of carefully selected non-asbestos friction modifying elements held together with a binder to give a friction coefficient of 0.4 at 300 degrees C.

The VMS-DP brakes are mounted across the mill flange symmetrically and held in place by two half brackets bolted either side of the pedestal vertical member, ensuring the braking force is equally distributed. Each brake has a spring module with two spring-applied, hydraulically retracted pistons. The module is bolted to a reactive backplate featuring two cast bosses, one either side of the brake assembly.

The VMS-DP has a special ‘parked-off’ feature due to the long piston stroke which means the brakes can be installed with zero hydraulic pressure and enables the friction pads to be changed safely and without the need for special tools.

Mount Milligan Mine is expected to begin production in 2013, with an expected life of 22 years, making a vital contribution to global supplies of copper and gold.