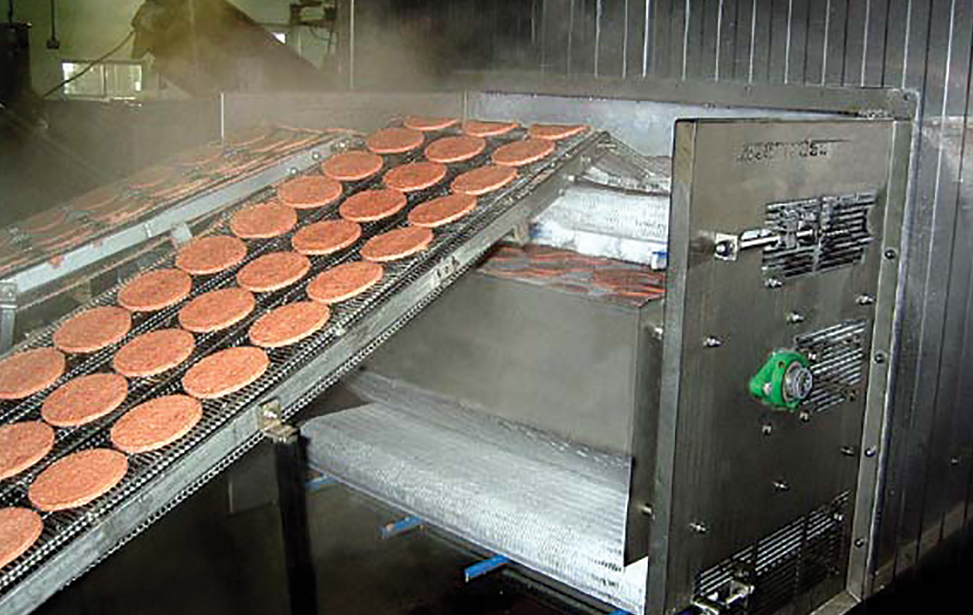 A food processing OEM selected Boston Gear to provide a complete drivetrain for one of their new commercial tunnel food freezers. The drive powers a food conveyor as it travels through the freezer. The drive positions on the outside of the freezer wall while operating in 15-60˚F ambient room temperature. The primary system driver is a new 1/2 HP, totally enclosed, non-ventilated (TENV) stainless steel Boston Gear motor (rated at 1750 rpm). The motor, when combined with a triple worm gear featuring a 10,000:1 ratio produces roughly 120,000 in.lbs. of torque which would normally require a large and expensive gearbox. In this case, the customer did not need that much torque on the output, they were more interested in the low output speed (0.175 rpm).

To meet the performance requirements, Boston Gear engineers custom-configured a triple reduction gearmotor with only 1,800 in.lbs. max output. The system utilizes a combination of three stainless steel 700 Series speed reducers. Since the potential torque produced by the 1/2 HP motor is approximately 70 times greater than the output gearbox rating, the customer is considering the use of a Boston Gear Centric Clutch to protect against an overload of the geardrive and other components in the conveyor system.