The Armani Hotel and its restaurants in Burj Khalifa, located in Dubai (United Arab Emirates) utilizes Bauer gear motors in kitchens throughout their facility. The high-rise hotel, with its tower topping out at 828 meters, is presently the world’s tallest building. Construction of this skyscraper began in September, 2004. The building officially opened in January, 2010.

MEIKO (based in Offenburg, Germany) is one of the world’s leading manufacturers of commercial warewashing equipment. Bauer is a preferred supplier to MEIKO, with the result that Bauer gear motors find their way to nearly all parts of the world in trains, on cruise ships, in airports, hospitals and nearly all renowned hotels throughout the world.

MEIKO dishwashing systems featuring Bauer gear motors are hard at work in the Burj Khalifa’s eight restaurants which serve Italian, Chinese and Mediterranean cuisine. A total of 28 chefs and their teams work in the restaurants. Guests pay around 1,000 euros to stay in the 168 least expensive rooms. However, potential guests must prove their creditworthiness before registering.

Cost what it may, the only thing that matters to MEIKO and Bauer is that the tableware, cutlery and glassware are favorably received. However, it is equally important that the porcelain, silver, gold and crystal meet the hygienic expectations of hotel guests. 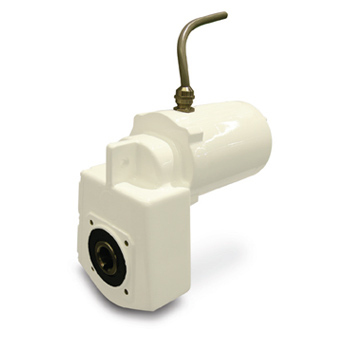