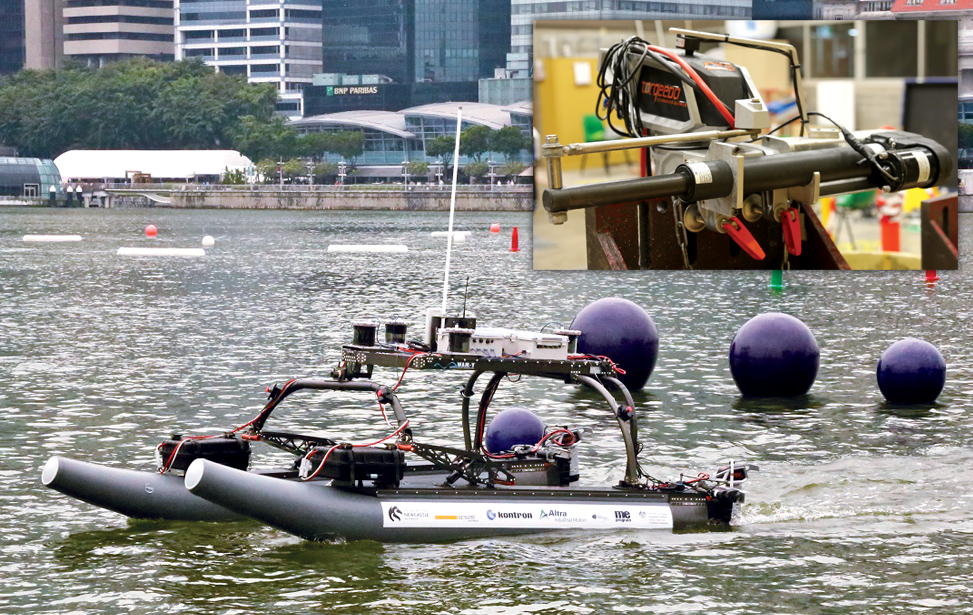 A group of undergraduate and postgraduate students, primarily from the mechatronics engineering department at the University of Newcastle in Australia, was one of 15 teams chosen to compete in the 2014 Maritime RobotX Challenge (RobotX), held in Singapore.

Each participating team received an unpowered and unplugged version of the 16' WAM-V® (Wave Adaptive Modular Vessel) along with a grant to build a battery-powered propulsion system. The event features a series of realistic challenges in autonomous navigation and detection. Tasks are specifically formulated to test students’ design, implementation and optimization of sensors and control systems.

After some preliminary online research, the team contacted Warner Linear for an electric actuator solution needed for their new steering control system. The system featured independently actuated motors which allowed the boat to move sideways.

“While we didn’t win the competition, the pair of donated Warner Linear actuators definitely gave us the advantage of being able to outmaneuver most of the other teams,” said Nicolas Weightman, student team leader - hull mechanical and electrical. “We wouldn’t have been able to run such a steering system without their help.”