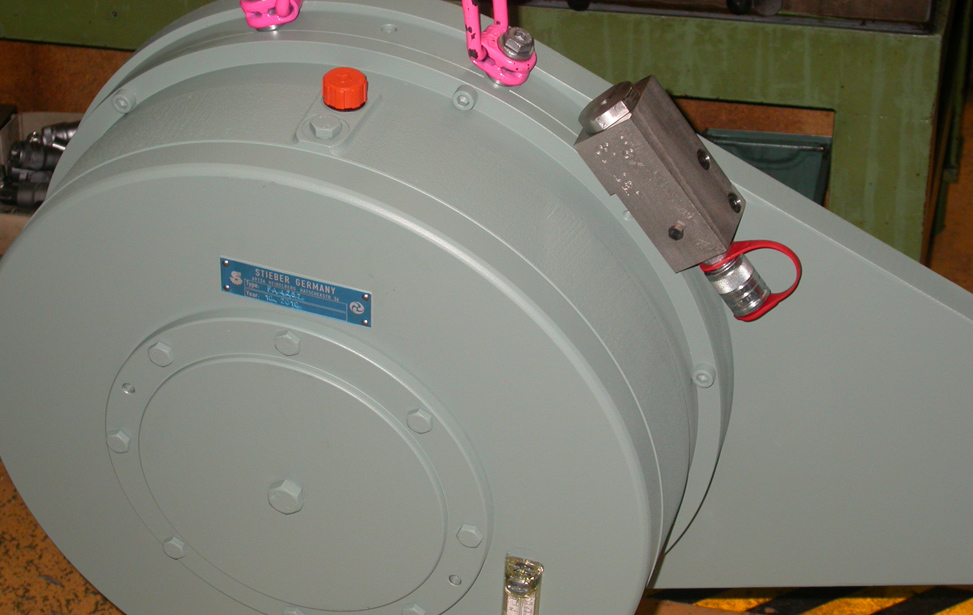 Stieber Clutch is using the platform of the Hannover Messe 2015 to launch an expansion to its range of load sharing and releasable backstops. The product range, which was originally launched at Hannover in 2013, features a compact design with increased torque capacity that helps avoid over specification of gearboxes. The latest additions are self-contained designs which are suitable for both high speed and low speed rotating shafts.

When it was first launched in 2013, Stieber’s backstop design was a revolution for large conveyor installations. The compact design offered 3.5 times more torque capacity than conventional designs of a similar size; with up to 15 times more energy dissipation. By enabling operators to specify backstops with a smaller design envelope, it also enabled them to specify smaller gearboxes – leading to reduced specification costs and improved overall efficiency.

Many of these backstops have now spent more than two years in the field, operating in countries such as Australia and the USA. Not only are operators reporting that the design has reduced the overall footprint of the rotating shaft, reduced costs of specification and reduced overall energy consumption; they’ve also found that in the majority of cases the backstops are more reliable, which has reduced downtime as well.

Based on the success of the original platform, Stieber has extended the range to offer the same benefits to a greater number of applications.

The newest backstop designs are externally mounted, self-contained on a shaft extension with a torque arm. This is in comparison to the original design which was flange mounted onto the high speed shaft of the gear drive. The external versions are available for both high speed and low speed rotating shafts; the RDBK-E, lift-off design for the former and the RDBR-E, roller ramp design for the latter.

At present the torque capacity for the externally mounted backstops is a maximum of 350,000 Nm, although this will be extended up to 700,000 Nm in the future. For applications where a higher torque capacity is required a member of the Stieber sales team will be able to provide guidance on the special solutions which are available. The new backstops will be launched at this year’s Hannover Messe, 13th – 17th April, on the Altra Industrial Motion stand – Hall 25 Stand C03. The Stieber team will be available to explain the design advantages and offer advice for individual applications.