A large cement plant in Texas needed a rebuild of a Marland CEBMAG backstop after 17 years of service in its kiln auxiliary drive. The customer contacted Marland Clutch customer service and was directed to contact S&S Equipment & Supply, the only authorized Marland Repair Center in the continental US.

While discussing the logistics of sending the unit in to conduct an evaluation for repair, a problem arose as the customer had no spare clutch on site. The customer was relieved to find out that besides being Marland’s repair center, S&S is also Marland’s largest stocking distributor of new product. Within a few hours, S&S sent the customer the repair procedures along with quotes for a new CEBMAG backstop and a new CECON CEUS overrunning clutch that was also part of the kiln auxiliary drive.

S&S received the order for both new units at approximately 5:00 p.m. the following day. Since both units were in stock, shipping was arranged and FedEx® Motor Freight picked them up mid-afternoon the next day. However, the customer called around 4:00 p.m. that afternoon stating that they had experienced some uncontrolled reverse runback on their kiln that had caused damage to the equipment, and they needed the new units delivered overnight.

In response to the customer’s emergency request, S&S was able to recall the FedEx truck, off-load the units and have them picked up by an Expedited Service Carrier around 7:00 p.m. that same evening. The relieved customer received the new units the next day by 10:30 a.m. S&S’ dedication to service saved this customer significant costs associated with undesirable downtime. 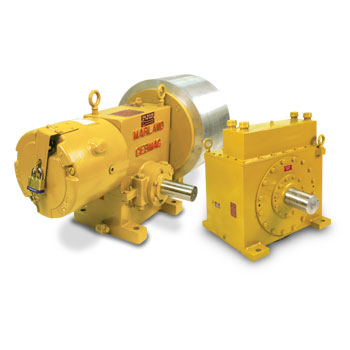