Industrial brakes and clutches could become a $1.7 billion market by 2024, mostly due to investment in industrial automation and the rise of smart factories. That’s according to Global Industry Analysts Inc. (GIA). The quickest-growing industries include those related to material handling, food and beverage, machine tools, and textiles. As with other technologies, the fastest rate of adoption is in the AsiaPacific region — with a CAGR of 8.4% for the clutch and brake market over the next six years. 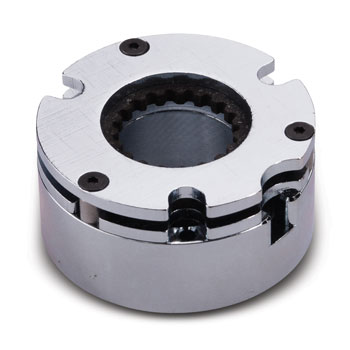 Whether stock or specific to an application, clutch and brake specification and integration must be simple. For more on this — and what else design engineers require from designs today, we spoke with Gary Haasch, senior product and engineering manager at the Electric Clutches and Brakes Group of Altra Industrial Motion. Here’s what he had to say.

Automated guided vehicles (AGVs) and other battery-powered mobile equipment are increasingly common. Here, we sell an ERS Brake specifically designed for AGV systems to provide static holding with limited emergency stop dynamic braking. As with AGVs, the trend for all-terrain vehicles (ATVs) and utility task vehicles (UTVs) today is for the brake or clutch manufacturer to provide features that necessitate less effort for the end user — including more mechanical control with less physical effort. On a related note — that of automated warehousing — we’re selling more C-Face-mounted clutch brakes than in the past. These are for controlling ac-motor-powered conveyors.

In contrast, Cartesian robots require servomotor brakes — with the ability to engage in static holding … and with functional e-stop dynamic braking of servomotors for each axis of a robot. 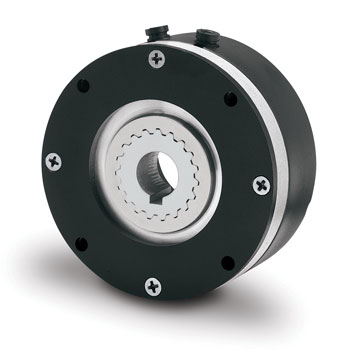 On the topic of IoT — the fact is that the IoT is here … it’s no longer the future. So the sky’s the limit on what remote actuation (and dashboard monitoring) can work on the many devices in our everyday lives. We see IoT influencing the brake and clutch industry so we’re starting to investigate where IoT might be helpful as a value-added feature. Direct consumer products have the most appeal, but the market isn’t financially ready to support IoT functionality. That said, as the cost for technologies to support IoT functionality comes down, we think we’ll see more controllability and feedback through smartphone technology.

For now, our focus is to educate end users on the value of realtime access to system information — including functional alerts (to prompt adjustments) or predictive maintenance of clutches and brakes.

On the topic of Industrial IoT (IIoT), increasingly networked manufacturing has spurred us to begin several programs for operators wanting remote access and monitoring. For example, one potential IIoT clutch application is for the activation (and performance and condition monitoring) of a clutch assembly in an oil-well pump jack. 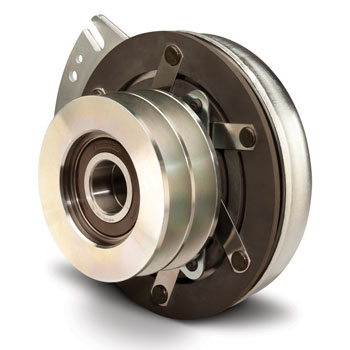 Right now a manufacturer uses our clutch in this application to let an engine restart without load after maintenance. Our clutch also disengages the engine if the oil level of a well falls below a suction tube (to let the oil level recover). More specifically, this is a Warner Electric Mag Stop clutch (which is bearing mounted and has steel friction plates); a pulley accommodates twin V-belts that drive the pump shaft. The modified clutch is a variation of standard CMS clutches (which come rated to 200 or 250 ft-lb). Before the clutch was added to this design, the engine kept running (which accelerated wear) or shut down (necessitating restart).

Besides IoT, we see other trends in the design and use of brake and clutch technology.

In applications where safety and e-stopping is networked, power-off brakes are increasingly common, as these brakes engage immediately when the power source is disabled.

On the topic of software to improve designs — we use electromechanical simulation software on clutch and brake designs to get maximum torque performance. The software simulates lines of flux from a wound coil to predict the attractive force that yields the torque capacity of the clutch or brake. This in turn lets us validate designs much faster than what’s possible with traditional design approaches — which are usually through a build-test-redesign product development cycle.

In terms of new brake offerings over the last year, we’ve introduced more power-off brakes for both static holding and dynamic e-stop braking of servomotor-driven applications and similar brakes for electric vehicles.