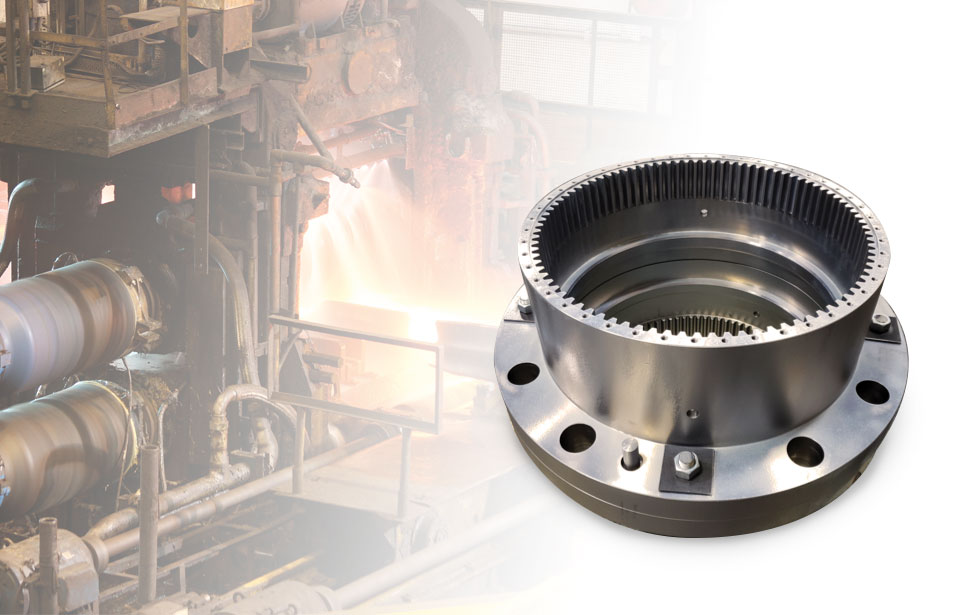 A major steel manufacturer needed a large replacement gear coupling as part of an upgrade for a roughing stand drive at one of its U.S. mills. Positioned on the low-speed, high-torque shaft between the gearbox and pinion drive, the gear coupling rotates at approximately 10 RPM. The goal was to ensure that the new coupling was capable of transmitting the new, higher torques.

The engineering team used the original drawing for the 20-year-old existing coupling to ensure that the new coupling was a size-for-size drop-in replacement. The solution was a massive, torque-dense, size 230, 80-in. diameter gear coupling with a torque rating of 60,000,000 in.lbs.