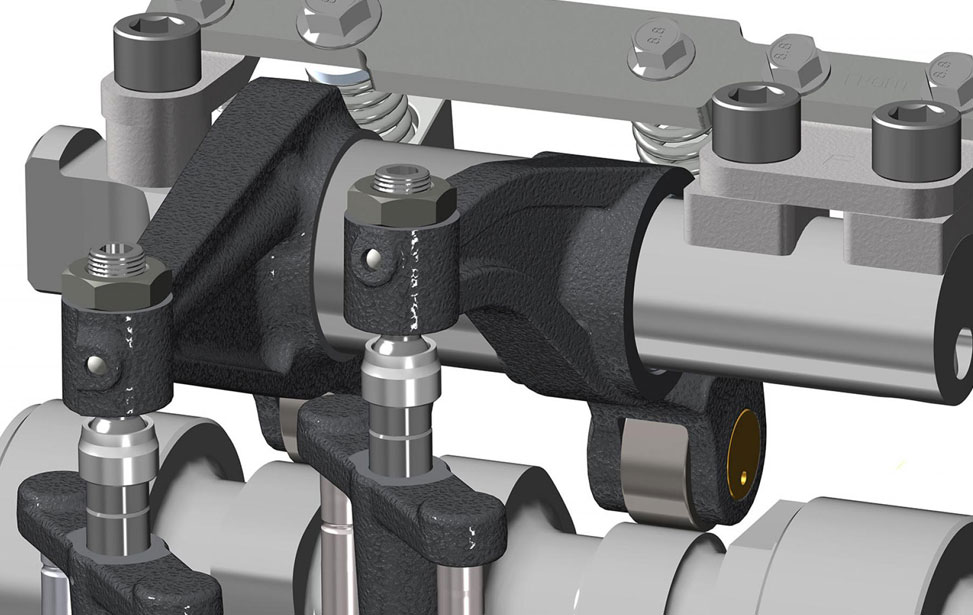 With Jacobs’ CDA, cylinder deactivation mechanisms originally designed for the company’s High Power Density (HPD) engine brake are used in the valvetrain to disable the opening of the intake and exhaust valves. The hydraulically-activated mechanism is integrated in a collapsing valve bridge system for overhead camshaft engines or with a collapsing pushrod system for cam-in-block engines. When this is combined with disabled injection in selected cylinders, multiple cylinders can be deactivated as needed. At low engine loads with three of six cylinders deactivated, fuel consumption can be improved by up to 20%.

Jacobs’ CDA reduces emissions by achieving higher exhaust temperatures by maintaining after-treatment temperatures for optimal efficiency of SCR (Selective Catalytic Reduction) systems, even when the engine is in idle or low load operation. CDA also enables faster warm-up after engine start-up of the after-treatment system and minimises cooling of after-treatment during coasting. CDA additionally reduces camshaft friction, reduces pumping losses in part-load conditions, and can reduce or eliminate use of the intake throttle, all of which yields overall improvements in fuel consumption while simultaneously increasing exhaust temperatures.

The Tula DSF system makes dynamic firing decisions based on how much torque is requested and then selectively choosing which cylinders will be active or deactivated to meet performance demand. When more torque is required, the firing density increases, and when there is less demand for torque, firing density decreases. This means the control algorithm effectively creates an engine with optimal displacement for the torque required.

Tula’s control system also ensures production level NVH. By having the ability to select which cylinders are fired every engine cycle, and by taking into account the frequencies and amplitudes of vibration produced by cylinder combinations, the control algorithm determines the cylinder firing sequences that deliver smooth operation and reduced cost to the driver at the fuel pump.