The squirrel cage asynchronous motor was invented in 1889; 130 years later it is still one of the most frequently used electric motor designs for standard industrial applications. Bauer’s TorqueControl4.0 converts a passive asynchronous geared motor into a smart drive, communicating valuable data via IO-Link. By integrating geared motors into the Industrial Internet of Things (IIoT), operators can benefit from greater precision, energy efficiency and reduced maintenance costs.

The benefits of the IIoT are well documented, with manufacturers around the world investing in smart factories to enable them to improve production flows. However, most small or medium sized manufacturers don’t have the resources to commit millions of Euros to completely rebuild their factories. So, wherever it may be possible to integrate traditional passive technology into a Smart network, many manufacturers are asking the question: ‘How can I upgrade my existing infrastructure?’ 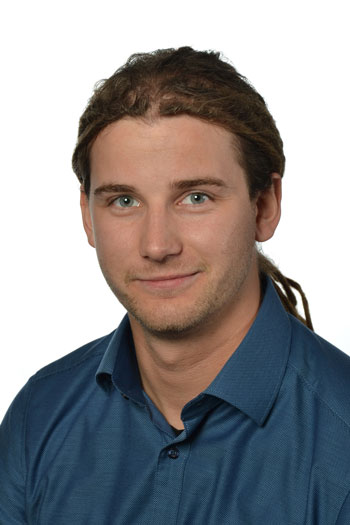 “A customer that we have previously worked very closely with asked us to investigate an alternative to mechanical overload clutches. They were looking for a solution that would be more efficient for torque monitoring and control of conveyor systems, ideally offering improved performance during operations and reduced reaction time in the event of torque overload. We quickly identified that an electronic solution was the best way to achieve their requirements, and that it could offer the added advantage of communicating real world data to the cloud via IO-Link.”

Mechanical torque limiters protect the drivetrain by designing in failure when a specific torque load is reached. This is an effective, if simple, means of protection for applications such as conveyors where a foreign object could obstruct the drivetrain and generate unexpected loads. Most modern mechanical torque limiters will also feature a sensor which can alert the operator should an overload occur. However, in this event, the mechanical clutch needs to be partly disassembled and then reengaged, which prolongs any downtime encountered by the operator. Also, the mechanical system is self-contained and only allows for binary control i.e. engaged or disengaged.

Bauer’s solution, TorqueControl4.0, is an intelligent, electronic control that means all mains-driven Bauer geared motors can be integrated into an Industry 4.0 network cost-effectively without the need for a frequency inverter. It makes it possible for the operator to set a flexible – yet precise – overload torque and constantly monitor performance. This makes it possible for preventative maintenance measures to take place should irregularities occur. Further, should an overload be detected, the central controller can communicate the information to the production line and put all equipment on hold while the overload situation is resolved. Then, once the issue has been addressed, it is a simple process to restart the system over the network.

The ability for TorqueControl4.0 to connect with the Industry 4.0 network via IO-Link means that for the first time the environmental data from a standard geared motor can be monitored and reacted to in real time. This in turn increases the functionality and performance of the gearmotor, with features such as soft starts and soft stops becoming available as well as the ability to optimise the magnetisation of the motor independently of the load – significantly increasing the efficiency of the motor under partial load conditions.

Simon continues: “TorqueControl4.0 allows not only monitoring of the operational status, hours running, temperature and load cycle, but can effect independent shutdown of the torque while providing status data such as current, voltage or power. Parameters can be set to shut down the drive in milliseconds in the event of an overload, preventing any damage to the drivetrain. At the same time, operators can limit the starting current in the same way as a conventional soft start.

By allowing continuous load-point monitoring, TorqueControl4.0 will be able to adjust the voltage to run the drive efficiently while under partial load. We estimate this increases motor efficiency by up to 25% in some cases.”

TorqueControl4.0 is integrated into the motor’s terminal box, meaning that the motor retains its standard IP rating. The system has been designed for a wide range of applications with power requirements up to 2,2 kW. It is particularly suited to operations involving material handling, intralogistics or processes that start under load and require excellent energy efficiency and gentle power delivery.

As a result of TorqueControl4.0, any mains-driven geared motor can be integrated into the IIoT without the need for a frequency inverter. The data communicated to the central control unit ultimately benefitting the entire production line. In this way manufacturers can convert 19th century technology into a 21st century factory of the future.