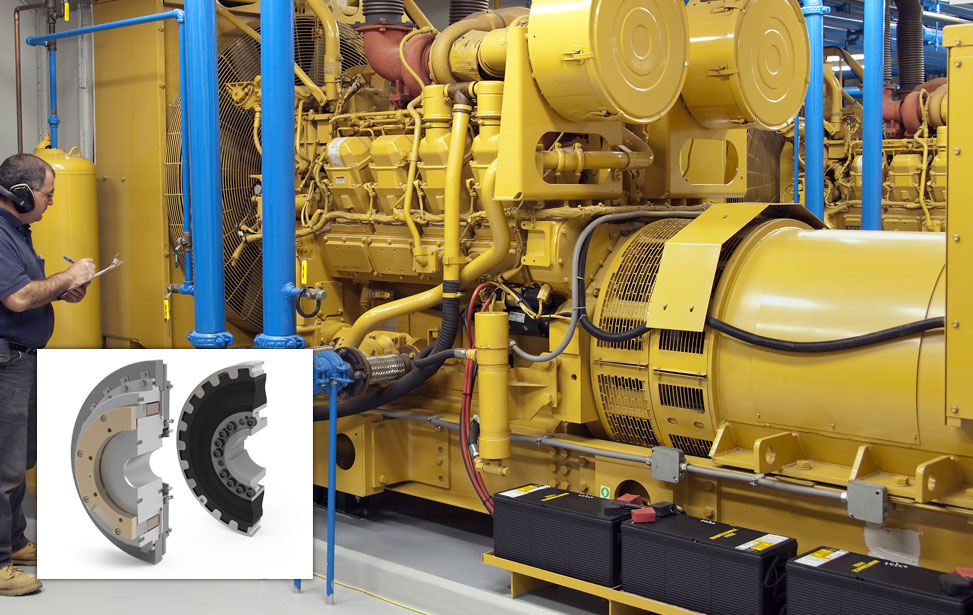 A leading European designer and manufacturer of dynamic uninterruptible power supply (UPS) systems needed a reliable clutch solution for its line of UPS systems. The systems range in size up to (18 kNm) 3300 kVA, to provide backup power in the case of main supply fluctuations or failures in a variety of critical applications including hospitals and data centers.

When a power interruption or failure is detected, the system’s diesel engine automatically starts. Once the engine reaches 1500 RPM, the clutch engages/connects the engine to a flywheel which takes over to supply power to the generator. In an emergency, the clutch is also used to start the engine if the starter is not functioning.

The Stromag team worked closely with the OEM’s engineers to ensure that the clutch shaft connection could transmit the full amount of torque required. The level of magnetic flux that passes through the drivetrain components (including bearings) was also analyzed.

Ultimately, custom MEA electromagnetic single-disc, dry running friction clutches were supplied. The clutches featured a modified flange on the engine side to align with the customer’s interface. The clutches were also modified to allow the friction linings to be removed/replaced without removing the entire clutch.

Stromag electromechanical MEA clutches provide the highest torque possible to accelerate the large diesel engine flywheel mass from a standstill to operating speeds of 1500 or 1800 RPM, depending on the frequency.

Stromag Periflex® VN disc couplings were also required based on a completed torsional vibration calculation. These highly flexible plug-in couplings ensure that the alternating torque is not too high when the engine reaches operating speeds.